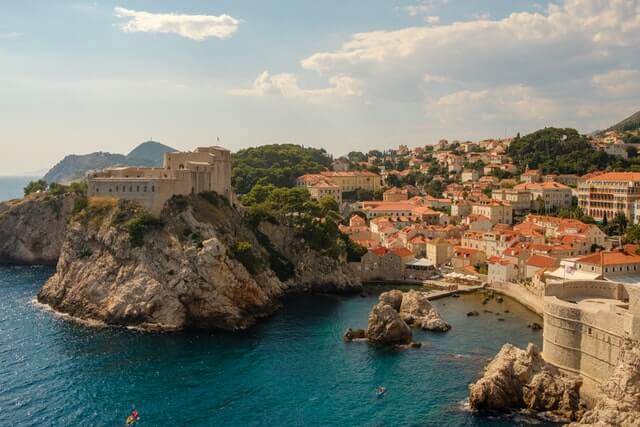 Adventurers on duty always have bungee jump as an option. If it’s cool enough to jump in your hometown, imagine in paradises around the world? In this article, we have separated the best places for bungee jumping.

Bungee jumping is an extreme sport practiced by thousands of people around the world, which consists of jumping from a high place, hanging from an elastic rope at the waist or the feet. In this jump, the person throws himself into free fall and enjoys the adrenaline.

The jumping sites are usually buildings, cable cars, and bridges. Some places in the world are already known for favoring this type of sport, such as the city of Queenstown in New Zealand, famous for its cliffs, and the Macau Tower in China, which is 233 meters high.

Nowadays, there are already companies specialized in bungee jumping, so it is fundamental to care, above all, for the safety of the practitioner. It is a dangerous sport. Although there are no age restrictions, the required weight is at least 40kg.

Scientists from the Autonomous University of Barcelona have discovered that radical adventures can be good for the head. They found that right after a radical experience, people’s ability to think clearly and rationally improves. But only if they view that moment as positive. How cool is that?

Also, when it comes time to jump, it looks scary. But after the jump, you realize how simple and amazing it is. It is a great metaphor for all situations in life. For sure, it is an experience that changes you as a person.

Where can I go bungee jumping?

There are several famous bungee-jumps in New Zealand, but we highlight five:

Read here the best things to do in Picton, New Zealand.

In the United States, there are many places for you to venture. The Navajo Bridge is one of them.

The Navajo Bridge is located in one of the most impressive places in the world, as it spans the Colorado River and crosses the Grand Canyon in the United States. The view is simply spectacular, and the bridge provides 142 meters of freefall.

The Royal Gorge Suspension Bridge, also located in Colorado, in the United States, is 321 meters long and is considered one of the highest suspension bridges in the world, therefore one of the best for bungee jumping in the country. Besides the adrenaline, it offers a breathtaking view, since it crosses the Arkansas River.

Incredibly, Switzerland is a destination for the adventurous. There, there is the Contra Dam, world-famous for being the setting for the movie “GoldenEye“, where James Bond jumps 220 meters high attached by a rubber band. The site, also known as the Verzasca Dam, is located in Ticino and provides an enchanting view of the Swiss Alps. The jump is made on a hydroelectric power plant next to a lot of concrete.

Switzerland is also home to one of the highest bungee jump sites in Europe. The Niouc bridge in southern Switzerland is 190 meters high and was built in 1922. In addition, it is famous for being the world’s longest suspension footbridge and also the longest gas pipeline.

Since 1995, the Colossus Bridge, in Italy, has welcomed adventurous tourists who enjoy its 350 meters long and over 150 meters high. It is located near Turin and Milan and has about 4.5 seconds of free fall at over 100 kilometers per hour. It is worth visiting!

Puerto Vallarta is a popular bungee jump for tourists, as it is one of the most popular destinations in Mexico. There, you will find an amazing platform located on a 37-meter high cliff, in front of beautiful green waters.

No doubt bungee jumping off the Corinth Canal will be a once-in-a-lifetime experience. The bridge is 79 meters high and located right above this narrow canal, which was built in the 19th century and is more than 6 kilometers long.

Did you like our choices? Are you brave enough to bungee jump? What would be your dream spot?