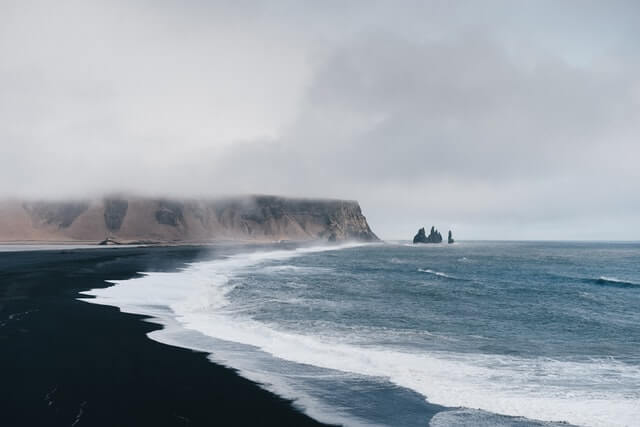 Iceland is a Nordic country that has an incredible landscape that includes, for example, volcanoes and lava fields. Located in Northern Europe, its island territory is bathed by the North Atlantic. According to a 2020 census, Iceland’s population is 366,425.

The land of ice has the city of Reykjavik as its capital, where about 2/3 of the population lives. In 2008, it was ranked 7th in the list of highest nominal GDP per capita in the world ($55,462). In addition, between 2007 and 2008, the country reached, according to the United Nations, the top of the list of best HDI (Human Development Index) in the world.

The official language is Icelandic, which originated from the old Nordic language spoken by the Norwegians and also from the North Germanic language.

Another very characteristic point of the country is its natural beauty, which attracts tourists from all over the world. Some options are the aurora borealis, hot springs, frozen mountains, and the midnight sun.

You have to know that Iceland is a country of extremes: where sunny nights meet dark days, and you can see columns of black onyx basalt next to neon green rocks. It has snow, wind, rain, and sun, but it is precisely this that makes Iceland a magical place.

Now, we will tell you what is the best time to visit Iceland. Keep reading!

The climate in Iceland can generally be summed up as cold most of the time.

The influences exerted on the region, which is located between the Tropic of Cancer and the Arctic Circle, ensure that the country has a subpolar climate and also a temperate oceanic climate. While the former occurs most of the year, the latter is more concentrated in the southern part of the island.

The north of the country suffers from colder temperatures. This happens as a result of the air masses that arrive from the pole. In the south, it is possible to find a warmer and more humid part. This is especially due to the effects of the Gulf Stream.

The capital Reykjavik, for example, is situated on the southern coast and therefore has warmer temperatures compared to the north and central strip, ranging from 0°C to 10°C on average.

The best time to visit Iceland

Although winter offers the aurora borealis and ice caves, summer is still the best and brightest time to visit. Read on to find out why.

In summer, you can explore the country for as long as you like without worrying about losing the natural light. The sun never fully sets at the height of summer, it just dips slightly into the horizon before rising again. It’s a little strange at first, but you soon realize how many incredible possibilities the phenomenon offers.

In winter, a large part of the country is inaccessible or very difficult to reach. But when the snow and ice melt, the impassable roads are unblocked and Iceland is all yours to explore. After a long winter, idyllic villages come to life and the mountains are colored with purple flowers.

You will meet the puffins and the whales

During the summer, Iceland’s environment becomes the perfect home to a wide variety of amazing animals. More than 20 species of whales can be seen in the waters near the shores. In addition, the summer season is also a great time to see the friendly puffins, known as puffins. Iceland, incidentally, is home to the largest puffin colony in the world, with somewhere between 8 and 10 million birds.

A visa is not a requirement in Iceland. Remember, however, that you have up to 90 days of stay in the country within six months.

In this regard, make sure you have a passport and a blank visa page. In addition, you will need to prove why you are staying in the destination, prove you can support yourself there, and also have travel insurance for at least EUR 30,000.

Round-trip tickets are also within the mandatory script.

Are you excited to visit Iceland this summer? Iceland’s summer is amazing and should be on everyone’s travel list! Tell us in the comments how your experience was.